Posidonius is a N-body code for simulating planetary and/or binary systems which implements the WHFAST integrator (Rein & Tamayo 2015) and the tidal model used in Mercury-T (Bolmont et al. 2015).

Similarly to Mercury-T, the bodies in the simulation can be static or follow predefined evolutionary models matching FGKML stars and gaseous planets. The simulations can account for several different effects:

Posidonius has a better spin integration than Mercury-T, it’s more than six times faster, it conserves the total angular momentum of the system one order of magnitude better and the spin to rotational-fattening evolution five orders of magnitude better.

It also allows a wider variety of configurations. For instance, it can simulate the evolution of evolving binary stars with planets, or an evolving Jupiter mass planet around an evolving star.

The N-body code is written in Rust, a systems programming language that runs as fast as Fortran/C, prevents segmentation faults, and guarantees thread safety. Its main characteristics are:

Rust benefits for the astronomical community were already exposed in Blanco-Cuaresma & Bolmont 2017. Posidonius also provides a Python package to easily define simulation cases in JSON format, which can be read by the Posidonius integrator and ensures reproducibility. 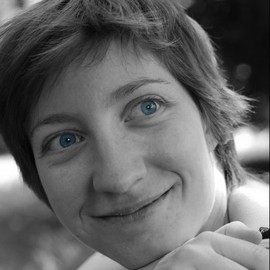 My research interests include exoplanets, tides, and habitability.